January 27th is always an important date for Brescia; It is the feast day of St. Angela Merici, foundress of the Ursuline order which created Brescia University College. This year, her feast day was celebrated in outstanding fashion, as it also became the date of Brescia’s centennial opening ceremonies 100 years ago, Brescia began educating young women and building a story that continues to grow today. This year, Brescia celebrates Brescia’s history, and its many stories which have not yet been written.

The most prominent event of the ceremonies was a mass, held to celebrate Brescia’s Catholic life and Ursuline origins. Bishop Ronald Fabbro of the Diocese of London presided, though many Brescia members of the Brescia community played important roles throughout the mass. The Brescia choir led and performed songs, while students and members of the faculty led prayers and did readings for the mass. A procession that brought to the altar various images to symbolize Brescia’s charism was filled with students, faculty, staff, and other members of the Brescia community. Brescia’s community was well represented, but representatives from the other affiliate colleges, Londoners, friends and family, and visitors to the mass via livestream joined in the celebration as well.

Following the Centennial mass, attendees were welcome to refreshments before arriving at the Beryl Ivey Library for another important ceremony. An art exhibit greeted visitors to the library, with pieces selected for the theme, Right Relationship of Peace. The artworks featured all exemplified Ontarian art, but perhaps the most important piece was unveiled in honor of the centennial. A painting of Ursuline Hall by Group of Seven artist A.J. Casson was made early in the building’s history, and has now been donated to Brescia. The painting is gifted by the Pignott family, whose construction company built Ursuline Hall and commissioned the painting in the 1920s. This art exhibition is only the start of a four-part series of exhibitions, which will continue through the year as Brescia celebrates its 100-year anniversary.

The Brescia community looks forward to more celebrations and milestones throughout this centennial year. This was merely the opening ceremony of a full year of festivities, celebrating Brescia’s centennial, as well as its excellence, community, and role as Canada’s only women’s university. 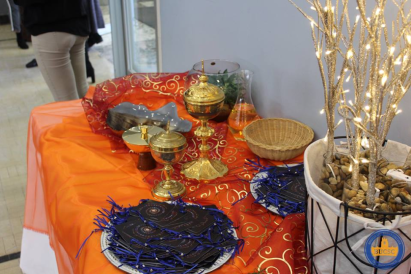 It is hard to ignore that election season has arrived at Brescia. The BUCSC’s elections will select next year’s council over the course of the next couple months, and it is important to keep updated on elections and candidates in order to cast well-informed votes. The election in progress now is for the BUCSC president, with three candidates are running: Mikaila Hunter, Jamie Keltz, and Ainsley Leguard. The campaigns have been running for roughly a week now, and many people have come to the candidates’ booths in the St. James foyer. The candidates will be at the booths until the 30th, and are happy to talk to Brescia students. Campaigning will continue until the candidate speeches on January 30, at 10:30 in the Oak room. Then, voting begins on January 31 at 8 am, running to February 1st at 8 pm. Students may expect a link to the online voting site sent to their student emails. The election results will be released on February 2nd.

Each of the candidates have experience with the BUCSC, and all hold a position on council this year. Hunter is the current BUCSC president, Leguard is the USC representative, and Keltz is AVP treasurer, however each candidate has stepped down from their position temporarily for the election. The candidates have announced their candidacies on campaign pages on Facebook; their platforms and campaign updates may be found there (Leguard, Hunter, Keltz).

While looking at the BUCSC presidential candidates, it is worthwhile to look also at the USC candidates, campaigning now on main campus. Two slates have announced: Team ForYe (Frank Ye and Jared Forman), and Bardia + Cat 2019 (Bardia Jalayer and Catherine Dunne) have announced candidacy. The election occurs shortly after Brescia’s own; polling occurs on February 4th and 5th.

Although the presidential elections occurring now are very important, the elections that are coming up are too. The election season is long, but it is important to stay up-to-date and informed throughout, because the choices made now will shape next year’s council and beyond. Please remember to make your voice heard! 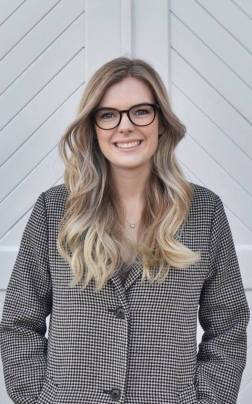 Last weekend Brescia celebrated two of its most important annual social events, Brescia Ball and Wine & Cheese. The weekend of festivities kicked off on Friday with Wine & Cheese, hosted at the Mercato. Attendees enjoyed a buffet of cheeses to accompany the selection of wines available. A voting booth for the following night’s Brescia Ball royalty saw many visitors, as did the photo booth. Live performers played acoustic covers throughout the evening to set the mood, as well.

Each year, Brescia Ball and Wine & Cheese are important events for student life, but this year they were particularly special. This year’s centennial was celebrated during the events- during Wine & Cheese, attendees were welcome to peruse Brescia yearbooks from decades past, and look at the alumni association’s commemorative wine glass collection. At the end of the evening, lucky attendees went home with the commemorative glass from this year- complete with Brescia’s centennial celebration logo. The official launch of the centennial at Brescia is January 27th, 2019 at 1:00pm which marks the Feast of St. Angela Merici.

Then, during Brescia Ball, the Junior Princess, Princess, and Queen were crowned not only as this year’s royalty, but also as the centennial royalty. Alison Lengyell, the BUCSC’s chief returning officer, was crowned Junior Princess while Amy Karpenko, a Clare Hall residence assistant, was crowned Princess in absentia and Esmé Panarello, who had been crowned Junior Princess in 2017, was crowned Brescia Ball Queen. The crowning began a whole evening of celebrations; after dinner, attendees enjoyed taking photos at the photo booth, a candy bar, and dancing on the dance floor to the DJ, Osso Good. A raffle drawing gave prizes to two winners who had come to the event in masks, just two of the many attendees who celebrated the evening’s theme- a masquerade.

The masquerade was a huge success, but perhaps the more important theme of the weekend was Wine & Cheese’s, which focused on Brescia’s centennial. Both Brescia Ball and Wine & Cheese are a huge part of the Brescia tradition, and the support of Brescia’s alumni association makes them more wonderful each year. Celebrating the centennial during these two important nights helped to start out Brescia’s centennial year properly. Next weekend, the official start of the Centennial year will begin- on St. Angela Merici’s feast day, For a second week in a row, the community will come together to celebrate this banner year in Brescia’s history, and begin a full year of bold celebrations. 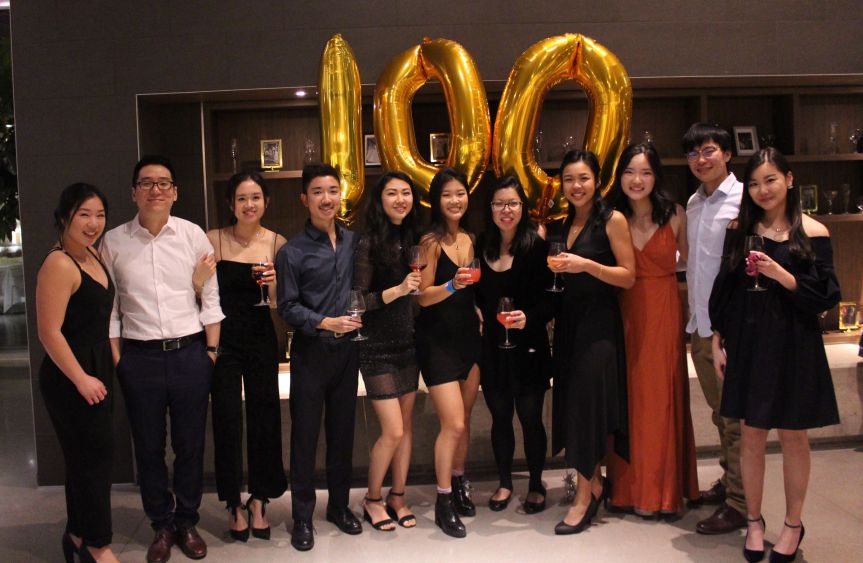 Each year, Western celebrates frost week during the first week back to classes after winter break. Frost week is all about welcoming new students to university. For students arriving at school for the first time and beginning their classes in the winter semester, O week has passed by. However, frost week is filled with social events to introduce these students to university and get to know their community. HBK’s frost week in particular helps foster the sense of community, commitment, and engagement between Western’s affiliates.

The first HBK event of frost week was a karaoke night at Huron’s beaver dam. Huron’s karaoke nights are always a hit, and this one was no different. On January 7, students from Huron, Brescia, and King’s gathered at Huron’s popular lounge for an evening of singing and socializing. The proceeds from the event even went to a good cause, the HBK Relay for Life, which will be held later in the semester. Later in the week, Frost week wrapped up with another HBK event on January 10. HBK students gathered again at the beaver dam to begin the all-ages bar night. Everyone was welcome to get to know some friendly faces from all the affiliate campuses.

For some students, frost week is all about meeting new people, and for others it is about reuniting after a long winter break. All sorts of HBK students had fun during the week with old and new friends from different campuses. Huron, Brescia, and King’s have always had a special relationship as Western’s affiliates, so it is particularly fun when they celebrate together. 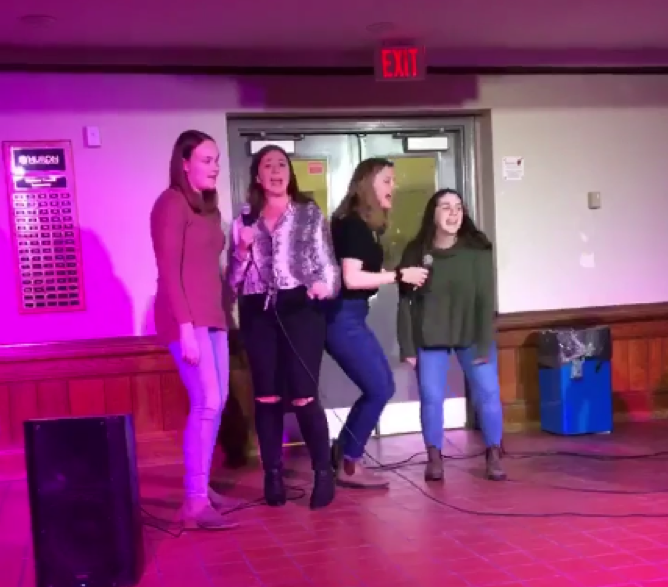